Benign Materialism stands for a way of a thinking that is rooted in every day reality and is thus not clouded by secondary factors like politics, religion, etc. Their conventions have become more important then the goals they should serve. Therefore they have lost their usefulness.

In a world filled with more and more human beings day after day, minute after minute, second after second humanity will have to be efficient with all available resources. Either we fight over them, which already is a daily reality, or we share them responsibly. Benign Materialism stand for creating a honest playing field that will serve the majority without repressing the strengths of the individual. The individual represents creativity, the collective stability. If we will fail to integrate both these factors humanity will keep moving from one culling to the next while ever dwindling resources are fought over.

In such a future the principles of natural selection will no longer suffice. In our presents world only a very small minority gains from our systems of inflated inequality. They are kept in power by those who kid themselves into thinking they also belong to the so called elite but actually are not. 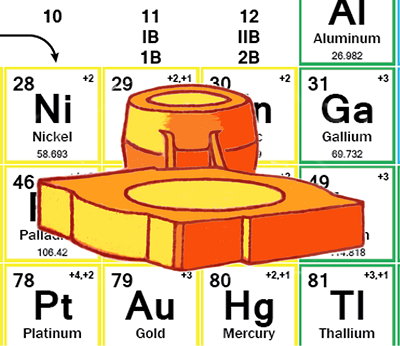 A stable system, like nature before man became dominant, can afford to be wasteful in a Darwinian / capitalist way but an instable system, as the reality we live in represents, needs to use all its resources as effective as possible. Every single human life has the potential to be such a resource.

I have called the points below Elements because they reside between formulating what is needed and actual rules. They are meant to act as measuring tools for the implementation of a practical from of Benign Materialism. Thus one could see them as the Elements in a periodic table of basic insights. The sort of insights we need to build a better, sustainable world.

Human history is full of proof of how things could have been done better. If we keep ignoring the facts we will not survive.

It's time to grow up!

Like in a real periodic table further Elements might have to be added later to avoid systematic loopholes. Complexity can however make a system susceptible to deformation and thus abuse. Do not allow the truth to become perverted.

Those who are interested in more details about how I came to my conclusions are invited to download “The Caveman Condition” on the WRITING page.