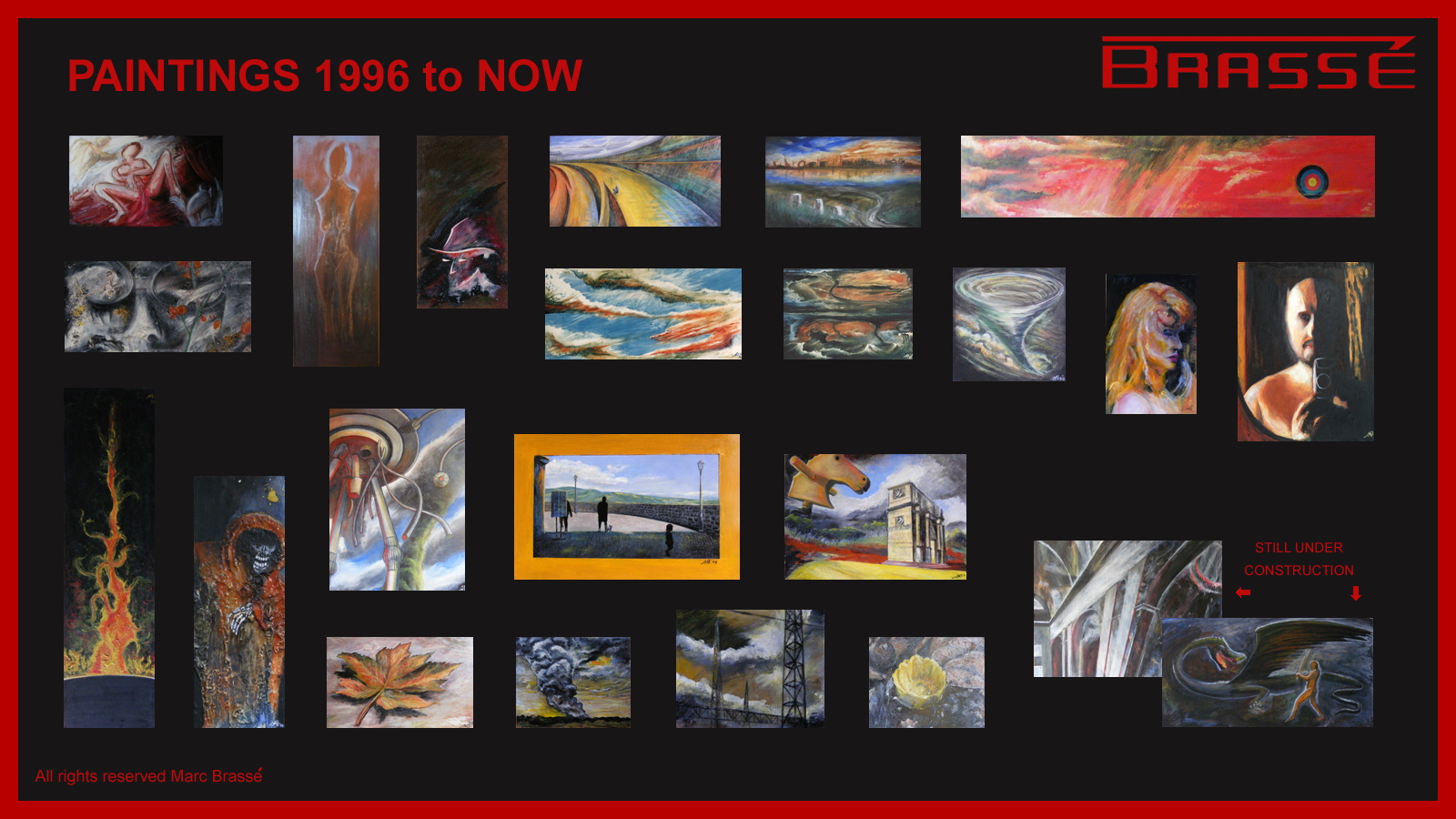 Through the years I have done my fair share of oil painting. Some pictures I intentionally made to be a part of the artwork of my musical albums (see the Music Section).

It is not hard to see that my interest lies in figurative painting. For a very long time this was hardly regarded. Modern art had to be all about the concept and in the mean time anything went. The vaguer the better. I think that this fixation on the less obvious content of art has often been abused to hide an actual lack of substance and talent. Furthermore this vagueness was often used as an excuse to explain away the ridiculous prices paid for a lot of stuff.
My personal view is that a picture should also contain a artisan quality. A perfect work of art combines an interesting idea with a certain command of the medium, whatever that medium is. Maybe therefore figurative painting, in other words painting in which you can more or less recognize what the work is depicting, is a on the rise again nowadays. Which gives me a feeling that my point of view is at last somewhat vindicated. Or is it just another sign that we are living in conservative times?

Am I a real Artist? Let others be the judge. My painting technique does actually not live up to my own standards and/or desires. Some people can translate everything they see directly into a perfect line on paper or canvas. I am not one of those people. I have to work hard to get to a reasonable depiction of my original idea. On the other hand I think that I, like other more accepted and revered artist, am able to inject a certain amount of personality and originality in my work which more or less compensates for what I lack in pure technique.

I draw most of my inspiration from the the second part of the 19th century and the early 20th century. I think that modern painting is less revolutionary as many people think. The use of color contrasts and abstract elements was already pioneered in the 19th century, for instance in Symbolism, one of my all time favorite styles.

My ideal is to combine the figurative with the modern, the artisan with the spontaneous. My ultimate goal is a painting that depicts only a few visual clues of the subject and still has a sense of 3 dimensionality, reality and depth because of the qualities mentioned above. I will probably never get there they say the voyage is more important then the arrival.

Anyway. I could talk on about this subject forever. If I find the time I'll write an essay about my vision and my personal technique and add it to the Writings section.